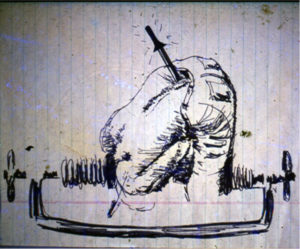 Our nation is in the midst of an unprecedented opioid epidemic. More people died from drug overdoses in 2014 than in any prior year on record, and the majority of drug overdose deaths (more than six out of ten) involved an opioid. Since 1999, the rate of overdose deaths involving opioids—including prescription opioid pain relievers and heroin—nearly quadrupled, and over 165,000 people have died from prescription opioid overdoses.

Public health officials are calling the current opioid epidemic the worst drug crisis in American history, killing more than 33,000 people in 2015. Overdose deaths were nearly equal to the number of deaths from car crashes. In 2015, for the first time, deaths from heroin alone surpassed gun homicides

To help deal with this problem, physicians, dentists, and other prescribers must consider the numerous effective alternatives to opioids for post-operative, acute, and chronic pain control. These include acupuncture, massage and physical therapy, transcranial and interferential neurostimulation, phonophoresis, intermittent hypoxic training, nutritional and herbal supplements, medical hypnotherapy, biofeedback training, and interactive guided imagery(sm), among others.

Using these alternative approaches, we have been successful in helping our patients to significantly reduce or eliminate their opiate and other prescription pain medicines without the discomfort frequently associated with narcotic withdrawal. Contact The Bresler Center at 310-474-2777 for more information.

This article was posted in Uncategorized. Bookmark the permalink. Follow comments with the RSS feed for this post. Both comments and trackbacks are closed.
310-474-2777